THE FISHERS AND THE HUNTERS

Posted by Gideon Ejiofor in Tagged with Tags: endtime, israel
6
0 0

In the previous rotulus, we delved into the second phase of restoration for the Nation of Israel. It was noted that even though God brought Israel out of Egypt, He promised to bring them out from Babylon (The Land of The North) and from all lands He has driven them (this incorporates the lost ten tribes) back to the land of Israel. The theme, “God’s endtime dealings with Israel” is to walk Israel through history and convey by the scriptures, expectations for Israel in this end of time.

And he saith unto them, Follow me, and I will make you fishers of men.

Today, many preachers quote this verse with respect to the preaching of the gospel, the kingdom of heaven and the bringing in of the gentiles. However, this verse is an allusion to what God said in Jeremiah 16:16.

We must look at who a fisherman is, in the natural, to understand how this applies to the restoration of Israel. A fisherman is one who catches fish with great care. Don’t let your mind drift to modern times, where there are several techniques of catching fish. Let us try and remain within the scope of the Bible times and we will see that the fishing involves the use of a dragnet from which the net is dragged to shore, after the fish must have been caught (see Matthew 13:47-48, John 21:6, 8).

47. Again, the kingdom of heaven is like unto a net, that was cast into the sea, and gathered of every kind:
48. Which, when it was full, they drew to shore, and sat down, and gathered the good into vessels, but cast the bad away.

6. And he said unto them, Cast the net on the right side of the ship, and ye shall find. They cast therefore, and now they were not able to draw it for the multitude of fishes.
8. And the other disciples came in a little ship; (for they were not far from land, but as it were two hundred cubits,) dragging the net with fishes.

How does this apply spiritually? In the scriptures, the sea could refer to Gentiles (Isaiah 60:5, Revelation 10:2).

Recall that Israel have been dispersed in AD 70 and these fishers were God’s instrumentation in beginning their restoration. The imagery employed here is for the fishers to get the Israelites out of the gentile lands and bring them to Land [even the land of Israel].

In history, this refers to the Zion Movement or Zionism, spearheaded by Theodor Herzl in the 19th century. Zionism is the national movement of the Jewish people that supports the reestablishment of a Jewish homeland in the territory defined as the historic land of Israel. How does this relate to the fishers? To fulfil the role of fishers, Jewish Rabbis were sent across the world with a traditional belief in a messiah to modern conditions, by teaching that the Jews themselves must lay the groundwork for His coming. They rejected the idea of assimilation into European Society and insisted that the essence of the Jew’s problem was their lack of a national home. But Israel being prosperous, didn’t hear the fishers. Theodor Herzl, in his book, “The Jewish State”, stated the need for the creation of a Jewish state, yet the wealthy among the Jews refused to put up their money to support the project.

With Israel turning deaf ears to the Fishers, God had to activate the hunters. The above verse speaks of Nimrod, a mighty hunter before the Lord. Many have interpreted that verse to mean that Nimrod hunted animals but when we look with the eyes of revelation, we can see that Nimrod actually hunted Men. Since Israel refused to hear the fishers, God activated the hunters, who were to search them out of every mountain, hills and holes of the rocks. Mountains in the scriptures, refers to nations (Joshua 14:12, Psalms 48:1, Isaiah 2:2-3), Hills refer to states / cities (1 Kings 16:24, Ezekiel 34:6).

Literally, God was saying that He would send hunters that would hunt them out of every nation, states and cities and this would bring about a return to their homeland. The imagery employed here, is that of a hunter who would maim, shoot, hit, strike, just to get his prey.

This points to the “Holocaust” which is the almost complete destruction of Jews in Europe by the Nazis and its collaborators, using World War II (1939-1945), where an estimated 6 Million Jews were exterminated. There was a worldwide hatred for Jews called anti-semitism which brought about anti-jewish violence, but the height of this was the Holocaust. While we must not fail to see the hand of God in all this, we must also be aware of the role the Roman Catholic Church played in spreading anti-semitism; and yes, there is a prophesied destiny of the Vatican city, even the destruction by the European Union (Revelation 17:16). The details of the Holocaust are not for the fragile hearted; there were concentration camps, gas chambers, starvation, disease, mass, shooting, etc. These hunters included men like Adolf Hitler, Eichmann, Mengele. 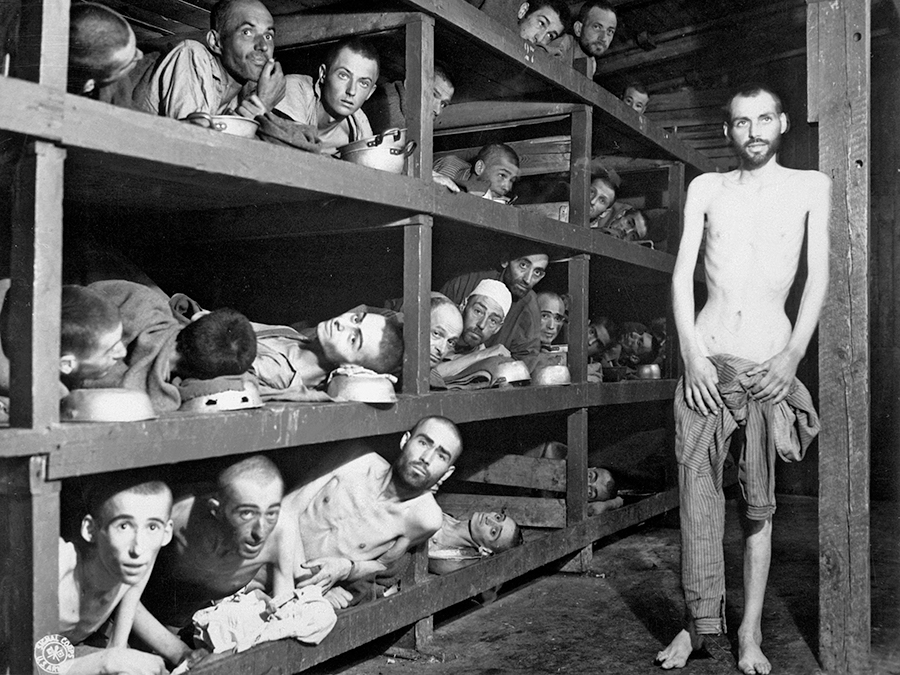 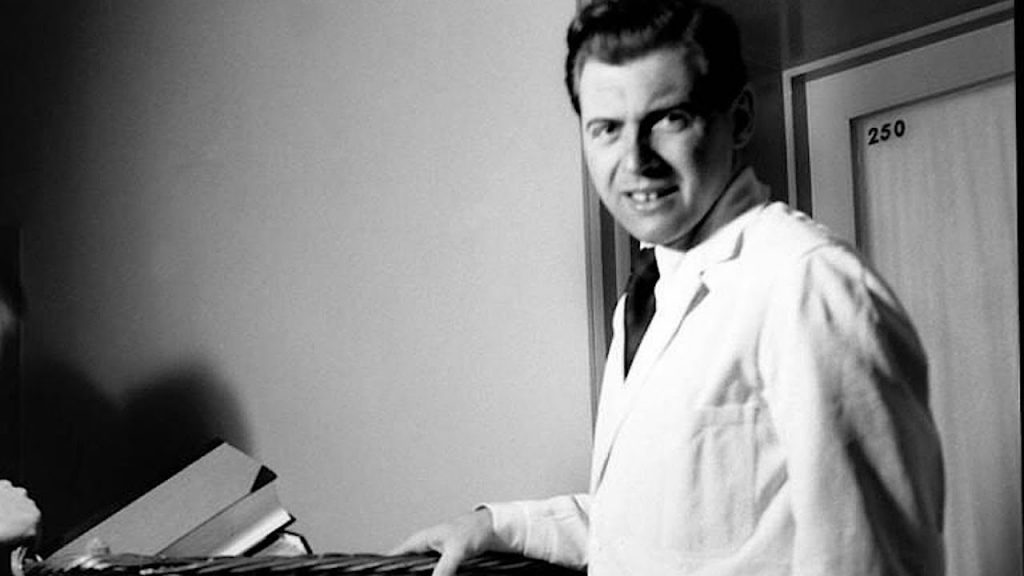 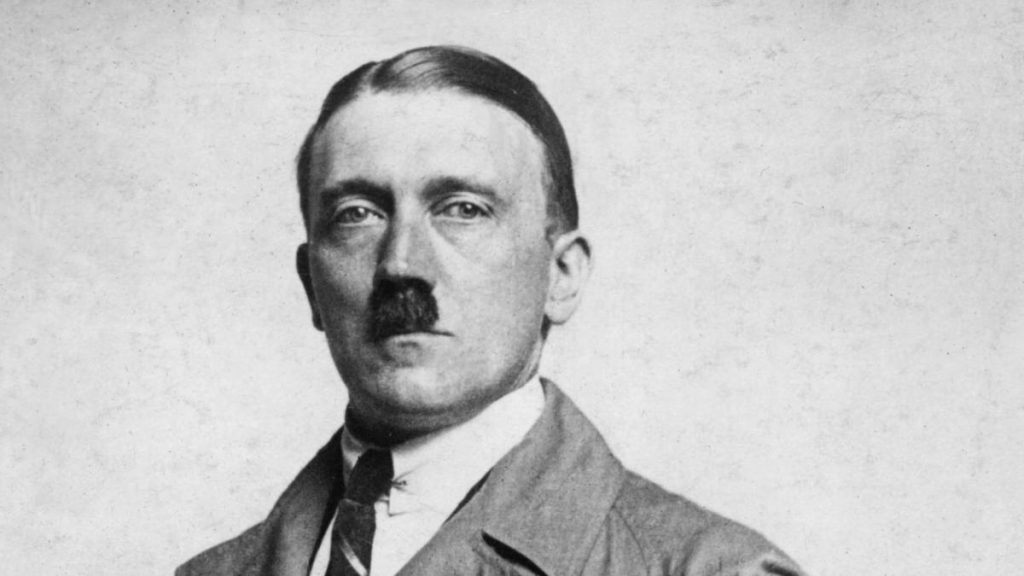 For many of the survivors of the Holocaust, the Zionist dream of a Jewish homeland was their anchor of hope; yet this was a quota of only 1500 Jews per month allowed by the British to enter Palestine. The Jews were split on how to deal with the British in Palestine. Some led by David Ben Gurion believed in negotiations while others led by Menachem Begin believed in fighting and driving out the British. Eventually, the British Prime Minister, Tony Benn declared that England would give up its rule over Palestine and hand the problem over to the United Nations to solve. We must be aware of the support of the United States for Israel. The United Nation decided on a two-state solution of Jewish and Arab. This was rejected by all the Arab States and brought about the end-time Arabic hatred of the Jews.

On May 14, 1948, the British, having control of only one half of Jerusalem, officially left Palestine and on that same day, the state of Israel was immediately declared by David Ben Gurion. This fulfilled Matthew 24:32 and set in motion the fulfillment of Isaiah 66:8. Yes, a nation was born in a day.

32 Now learn a parable of the fig tree; When his branch is yet tender, and putteth forth leaves, ye know that summer is nigh:

8 Who hath heard such a thing? who hath seen such things? Shall the earth be made to bring forth in one day? or shall a nation be born at once? for as soon as Zion travailed, she brought forth her children.

May God help us see the prophetic application of this parable put forth by the Lord about the fig tree because the fig tree represents the Land of Israel (Joel 1:7, Mark 11:13, Luke 13:6-7, Jeremiah 24).

The bible recognises two seasons—Winter and Summer (Genesis 8:22). Though, under the influence of the Roman civilization, the Jews divided the year into four seasons. In Palestine, we learn that seed time was in September while harvest time was in March, winter began in December and summer in June. (ref Targum of Jonathan). Summer is the last season of the year and what Jesus was telling his disciples was that around the time Israel become a Nation again, there would come no other season before the end comes. This brings in view the church ages (Revelation 2, 3) and how that Israel would only become a nation again in the seventh church age.

With Israel returning to their homeland and the area heavily inhabited by the Arabs and dominated by Islam spirit, the stage is set for the endtime Arabic hatred against Israel.

Navigate to the next rotulus: “The Arabic Hatred”

WATER BAPTISM
Different unscriptural opinions on the doctrine of water baptism have plagued the supposed Christendom in this day but we must know that the scriptures hold the answer to every scriptural question.
12 Comments · 1 year ago

A STRONG DELUSION – PA..
The word DELUSION, according to the dictionary, describes “an idiosyncratic belief or impression maintained despite being contradicted by reality or rational argument".
8 Comments · 2 years ago

JUDGE NOT…?
"Judge not"—this phrase has fast become a cliché—even individuals who will never lift a finger to attempt to live by the holy scriptures quote this portion by default.
6 Comments · 2 years ago

THE KNOWLEDGE OF HIM IN HIS ..
To know the Lord Jesus in Conformity to His death requires an act that seemingly is the most difficult for the human flesh to accomplish but the Spirit.
4 Comments · 1 year ago

ARE YOU STILL ROMAN CATHOLIC?
You have probably heard of how the city of Rome is seated on seven hills...
3 Comments · 1 year ago

Eunice Esenam
God bless more as you bless us with each piece of publication. Our God be glorified forever even as He is revealed more and more in us daily. Amen

Brother Joel
Amen This is the absolute truth, God bless you Sir.

Jude
Each time I read this I’m always yearning to read the CONTINUATION of this article. God grants you more grace. Amen

JamesJoift
say thanks to a lot for your site it helps a lot.

LOH CONSTANTINE
Great Message,dear brother. God bless you. This means rapture is for STRIVERS. Tribulation is for SEEKERS. Both STRIVERS & SEEKERS have the QUALIFICATION for the rapture. But only the STRIVERS are READY for the event. My understanding; Qualification is not preparedness. You can be qualified and yet not ready. May the Lord help me in my striving to enter in at the strait gate. For after justification we really have to "work out your salvation with fear and trembling........"SHALOM to all the saints.